Since the dawn of social media and the rise of digital sharing, we’ve been bombarded by clickbait titles but why do they get us reading things we never usually would?

Where Do You Find Clickbait?

Usually comes from people who reaaally need the traffic. Or for topics that are, frankly, pretty boring.

Most major news institutions don’t delve to the depths of clickbait we see below, mainly because they have 000,000’s of followers and users who navigate to the site naturally/directly and want to engage with the news.

For the time being, titles like The Independent, Guardian, Sun & Daily Mail etc are all swimming above the tide of clickbait (not that they don’t use many of the techniques – see loaded language).

From the moment you see the headline, you know EXACTLY what to expect from the article. The answer is promised in the title. These are “Value-Laden statements”. 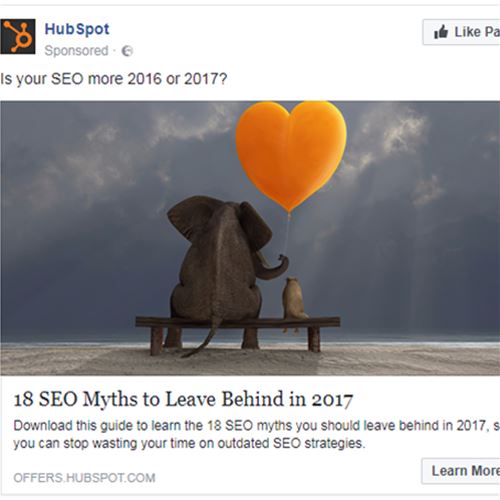 In the Hubspot example above, I know i’ll find 18 knowledge nuggets on SEO.

Value comes not only what you will learn from the article, but the amount of emotion added into it.
More on the significance of this later…(loaded language)

Closely related to managing what a user expects to see, is clear communication.

Communicating clearly is a fundamental principle of UX.

The Godfather of UX, Steve Krug called his UX guide “Don’t Make Me Think: The Common Sense Approach To UX”.

Let’s break the title (Don’t Make Me Think) down; not having to think about something means you understand it.
If you understand something you’re more likely to engage, compared to exerting the mental effort to understand and then engage.

If you get your message to the user in the simplest way possible, you’ll probably win, as most users will understand and see the value in it, rather than ignoring it. Convenience is King. This goes for language too.

UX is a key ranking factor for SEO, so is creating content for outreach/link building programmes. It’s no surprise that clickbait articles and outreach go hand in hand – take a topic that is generally seen as boring, give them a reason to read, tell the user exactly what to expect, then deliver it simply.

Whatever a website does (selling or offering advice), it needs visitors.

If there’s a cash machine outside the bank, why would you go inside to withdraw the money?

Because they need your presence on their site, you need to be tempted in rather than giving it away. 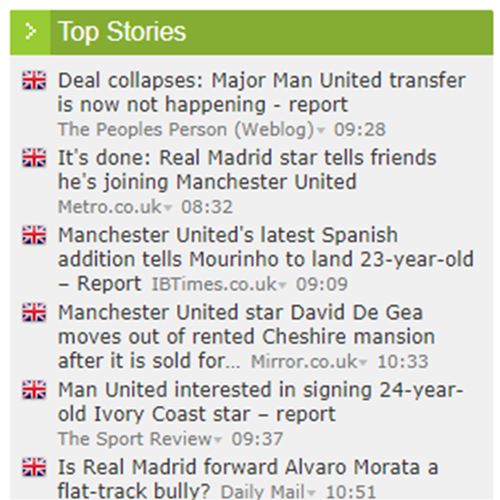 Looking at these ‘Top Stories’ from News Now (a content aggregation site).

Only the Mirror, Daily Mail and Mirror actually tell you the subject of their headlines.
The others (including regional outlets like Manchester Evening News and free paper Metro) all hope to tempt the user by ensuring they visit the site to get the information.
Any of the ‘potential signings’ discussed above are not named, but they give just enough information to narrow it down.

The key to a good clickbait headline is in the author’s knowledge of the audience they’re writing to.

When you intimately understand your audience, you know what will captivate them as opposed to ‘hitting and hoping’.

Authors know Man Utd fans want the latest info on potential new signings as it’s exciting and might mean they can get knowledge ahead of others and spread it around, either chatting to mates or sharing it on social media.

You’re bombarded on an emotional level.
Some clickbait articles can be swatted away like flies, but others are hard to ignore.

An example of ‘Loaded Language’ is this clip from American sitcom It’s Always Sunny In Philadelphia.

Frank (Danny Devito) appears on local news, describing how he was attacked and would’ve been killed had he not had a gun, which he bought from Gunther’s Guns.
This prompts ‘The Gang’ to get emotionally involved in opposing sides of the gun debate, at the end you learn Frank did it because he just bought shares in the Gun Shop and because of the uproar has made loads of money. 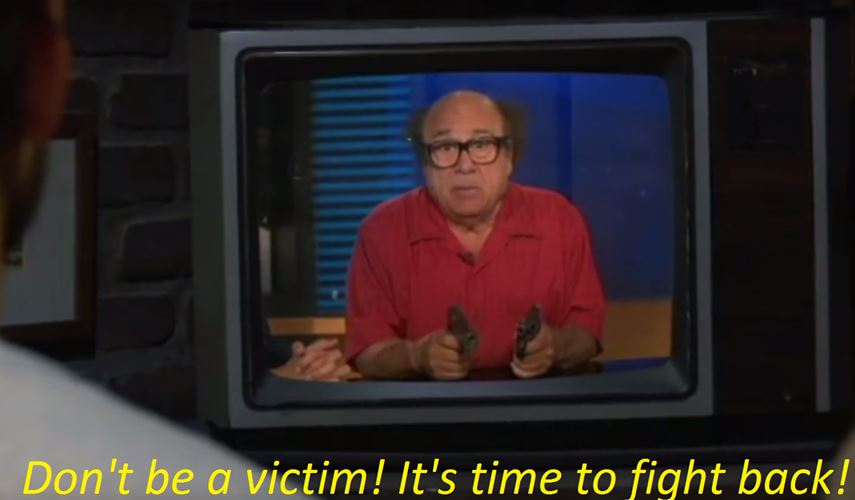 Why do this? Because once you’re emotionally involved you’re more likely to make impulse actions/purchases/decisions.

Footnote: Everybody does it.

Even the BBC has started to do it. 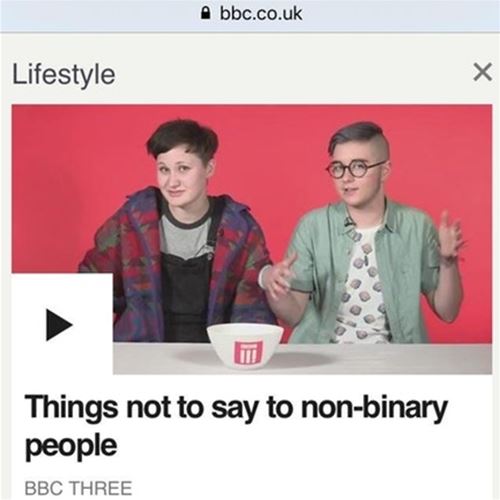 Why?
Because they know their audience and they have to compete for the attention of their audience who don’t get their information through traditional means (TV, Newspapers etc).

There’s nothing bad about clickbait headlines, but the tendency to click because of the title, to find the content doesn’t deliver, really annoys users.

Clickbait titles/articles work because they:

1. Tell you exactly what to expect. (Expectation Management)
2. Give you easy to understand information (Clear Communication)
3. Vague enough to make you visit (Clear, But Vague)
4. Know what their audience will respond to (Know Your Audience)
5. Make sure you cant ignore them (Emotive/Loaded Language)

6 Reasons why *everyone should adopt the PPC approach to content

Working with bloggers, sponsorship, advertising and ASA guidelines – What you need to know

High in the sky – the dizzy heights of drones

Four reasons why you need UGC