We have been working with local restaurateurs Zaks American Diners for just under 18 months. They are a great client to work for; full of enthusiastic, energetic people who genuinely care about their business, not just in terms of performance but also about its history, heritage and uniquely strong connection with generations of customers from in and around Norwich.

We have developed a year-long communications strategy celebrating just that, with a series of short-term campaigns bringing things to life.

The #ZaksBIG40 celebration which happened outside The Forum, Norwich to mark their official birthday on June 25.

Heading back to 1976 – bringing back the original Zaks van (which so many customers reminisce about) and… selling burgers at 1976 prices.

Live entertainment throughout the day included performances by Lucas Soul Sound, Angel Baton Twirlers, and a top secret flash mob by Norwich Theatre Royal. A collection of vintage cars were also on display.

Here are the highlights:

Attendance on the day was huge – above and beyond what we all expected. Queues stretched from outside The Forum, round to the top market and back again past Next, the BBC shop and towards Chapelfield. 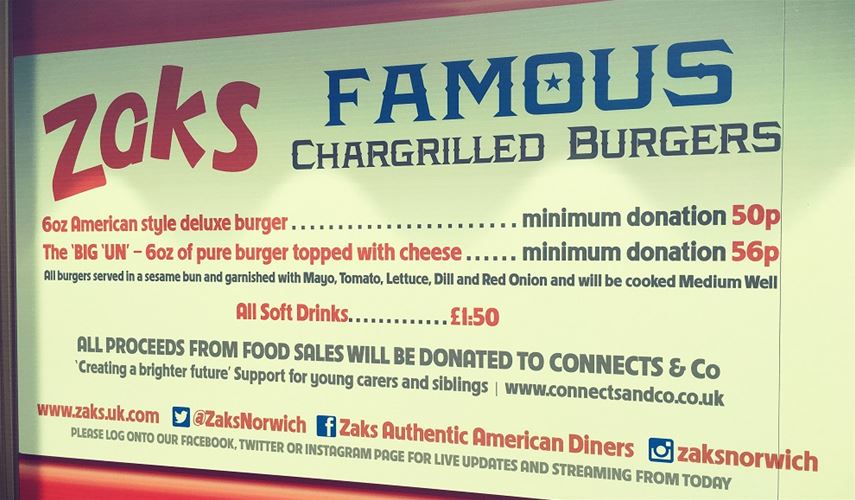 It was a great success which reaped the rewards of an integrated approach to marketing. Social media and PR worked in unison to promote the event, generating pre, live and post event coverage. Creative content in the form of interactive quizzes, blogs and an official event page on Facebook supported the promotion, with many thousands of people engaging with the campaign and Zaks brand throughout June and into July.